At the suggestion of a LAF forum member, here are some group shots. 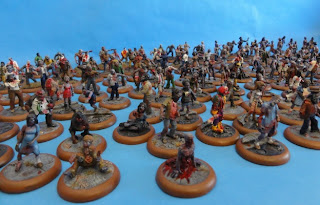 Hope you like.
Snitchy sends.
Posted by snitchythedog at 12:52 PM No comments:

Email ThisBlogThis!Share to TwitterShare to FacebookShare to Pinterest
Labels: Zombies

I have completed 25 survivors too.  I tried to get a mix of normal folks, and odd balls that tend to be seen in the B zombie flicks.  They were from Reaper, Hasselfree, Heresy, and Comfy Chair Games. 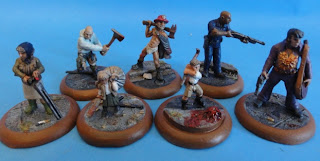 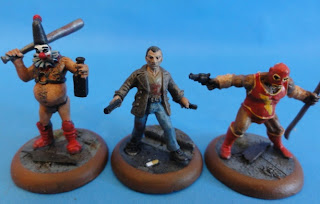 This one is a mix:  Comfy Chair, Heresy, and Reaper.
I plan on either having the survivor player roll for or draw from a deck for his survivors.  That way the survivors should get a different mix every time.  I will do groups of two to three as follows. 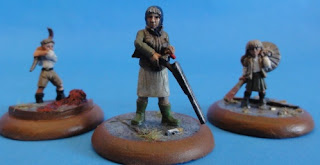 Grandma and the kids 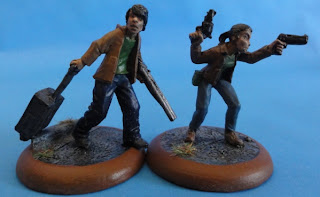 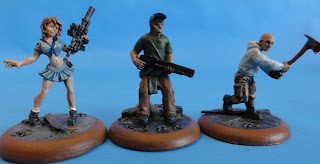 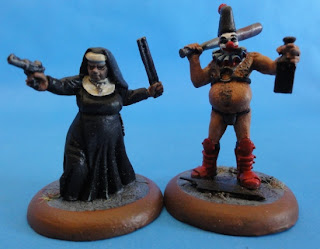 Church folk and an entertainer
I need to find a priest. 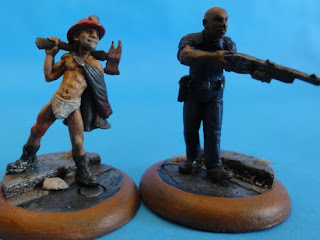 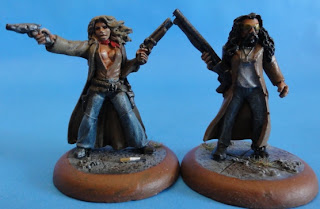 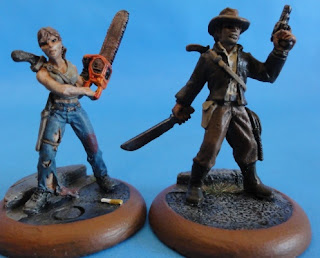 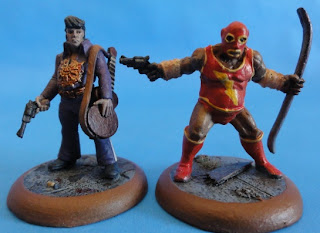 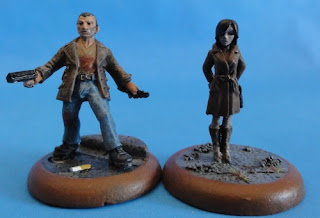 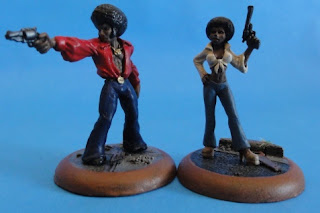 Pack 341
I am planning on having them armed pretty much as shown at the start of the game.
Hope you like.
Snitchy sends.

Posted by snitchythedog at 12:50 PM No comments:

Email ThisBlogThis!Share to TwitterShare to FacebookShare to Pinterest
Labels: Zombies


Since I have finished all 164 zeds, I am going to document my thoughts on each of them.
I decided to model my paint scheme on the classic Zombies box and card art.  Gray skin and muted colors.

Starting with the 16 usable GW zeds.  They are plastic, and if the quality is there, I am not opposed to using them.  GW tends to be on the larger end of 28mm, and these were designed for fantasy.  That said, they are OK.  I was testing out my paint scheme on these so that is why their colors are all over the place.

The 24 from Wargames Factory are just place holders.  They are closer to 25mm at the eye and the detail is just not there.  If this business pulls their act together they will do great things in this industry.  This kit was just not there.  Looking at value for money, they will allow you to build a large horde for very little cost.  I was testing my paint scheme on these too.

Brigade zombies are in my opinion pretty good.  They are light on intricate detail, but they defiantly have the shambling pose.  There are only four poses for the civilian zeds so you will probably not make a horde out of them.

Victory Force big pack of zeds is pretty good value for money.  US $30.00 for 25 fair zeds will flesh out your horde pretty well.  There is a pretty good mix of genders and injuries so these are acceptable. 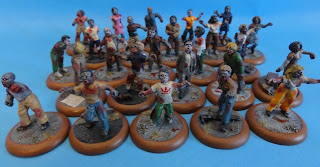 I have been purchasing Wyrd miniatures for years.  They have just released the Malafaux game to tie their entire line together.  While I do not know anything about the game, I love the figures.  They also do the best zombie dogs on the market.  They can be a bit expensive, but they are pretty 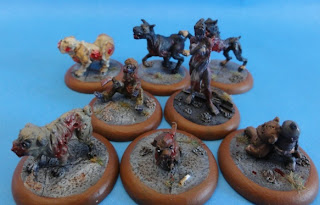 Tengu over in the UK makes some great figures.  I have 13 of them including the two clowns and the only complaint that I could have is that the hair on most of them is not adequately textured.  Other than that they are beautiful.  Customer service is top notch. 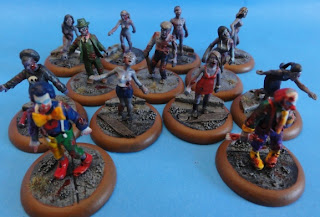 Eolith makes the best zombies that I have seen.  There are only three of them as I write this, but for this quality I would order from them again. 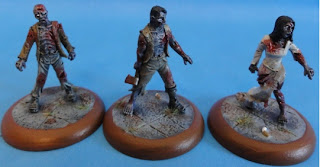 Hasselfree miniatures makes some of the best modern adventures out there and on a lark, I ordered two of their zombies.  They are defiantly doable.  Expensive but doable. 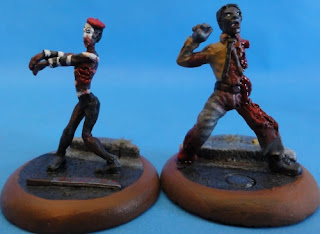 I ordered all six zombie mobs from Studio miniatures.  They are great.  the only two complaints that I have are the hands on some of them can come out poorly, and on some of the females the ankles are real thin.  But those are pretty minor complaints.  These are well worth the money. 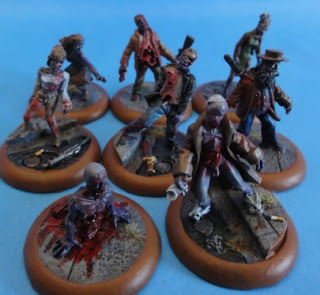 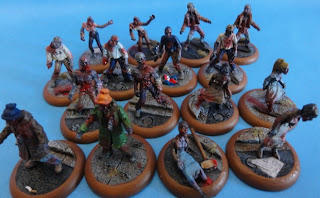 Mob 3 (my only duplicate)

Mob 6
I also have six from Reaper.  They newest pack of strippers is pretty good, but the older pack just sucks.  Hopefully they produce more zeds with the same quality of the stripper pack. 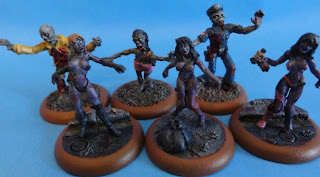 I have zeds from a couple of other manufactures whose names escape me right now so here they are. 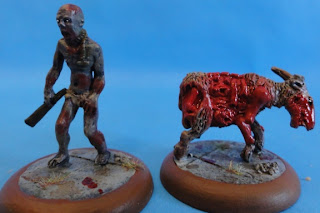 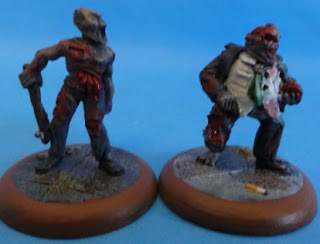 These are my own sculpts.  It has been years since I sculpted so they came out alright.  Not great, but I am not going to throw them away. 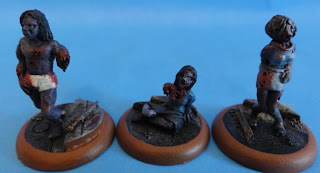 Hope you like
Snitchy sends.
Posted by snitchythedog at 7:53 PM 3 comments: